We know you've worked hard during the seasons on your crops.

Now it's time to deliver them. You need to deliver atleast 100 of your products to ensure a life. Hope you can make it...

I think you created a good base for a game. You're just missing an element or two more to make it fun and engaging. In particular, it's not clear whether there's a fail state, which is awkward in a game that's keeping score.

The visuals are pretty good. I like the overall look of everything. However, it is a bit confusing to have the chicks look so dark in such bright lighting.

I think the gameplay's relation to skill is not quite there. As it is now, the game seems to have one exact state that is optimal at all times, with no meaningful choice on how to play. While it's not the only way to fix this, I think allowing things to pass either in the middle of the lifts or on top of them would give the ability to consider multiple items at once and thus allow better multi-tasking, without having to rely on the items sometimes falling through the top. From there the rate of things coming could be adjusted in various ways on the fly while still being fair to the player.

Lastly, I notice a bug in the collisions. The egg and the pumpkin both move with the next lift if it is moved while they're on the crack, but the chicks will stay in the same position while even moving clear off the previous surface.

I really appreciate your thorough feedback. I will try my best to make it better in the next build.

I liked the graphics, minecraft-style, hehe. It's a fun little game, requires some skill but once you get the hang of it, you become a sorting machine, haha. Simpe and creative mechanic, nice theme, nice music. Overall pretty good game! I wish it wasn't that long though, or maybe have levels in between so they slowly ramp up with the difficulty. Remember to have exit points for your players. Keep it up! Meow!

Thank you for the appreciative words. I would love to work on the game with your given feedback after finishing a project for the community game jam. 🤗 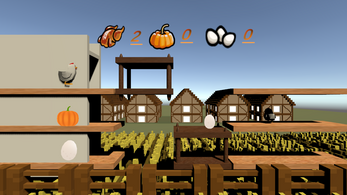 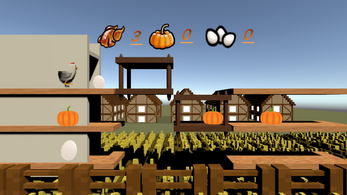 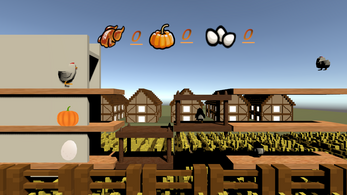